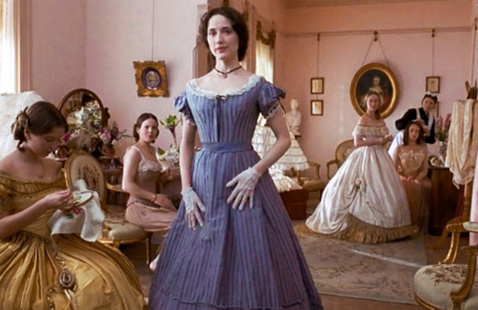 Based on Louisa May Alcott’s classic novel from 1868, Little Women (1994) is the third film adaptation of the book and the first to be directed by a woman. Costume designer Colleen Atwood received an Academy Award nomination for her work. Atwood scoured auction houses and private collections for late 19th-century gowns, corsets, and accessories. The pieces that were created new for the film adhered to strict rules regarding historical accuracy — no zippers and all garments were worn with the proper undergarments! Atwood’s efforts result in a visually pleasing film that exemplifies American fashion in the last quarter of the 19th century.

SCAD FASH’s Dressing the Icons series highlights films nominated for the Academy Award for Best Costume Design. Featuring Hollywood icons like Grace Kelly, Diana Ross, and Elizabeth Taylor, the films illuminate the importance of dress on screen and the cultural significance of dressing some of the most influential women of the time.

This screening is free for museum members and SCAD Card holders, and open to the public with the cost of museum admission.