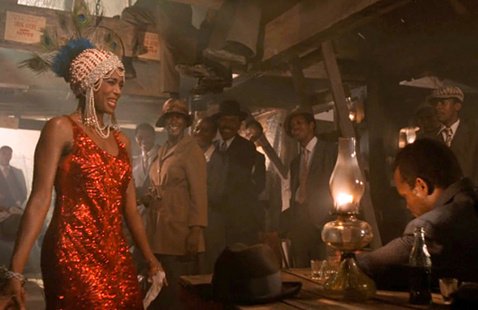 Based on the Pulitzer Prize-winning novel by Alice Walker, The Color Purple was released to critical and commercial success in 1985. Costume designer Aggie Guerard Rodgers referenced the work of early 20th-century photographer James Van Der Zee to create her colorful, textured costumes that spanned several decades. The stunning red sequined 1920s gown, worn by both Margaret Avery as Shug and Whoopi Goldberg as Celie, remains an enduring symbol of Black female friendship, love, and desire.

SCAD FASH’s Dressing the Icons series highlights films nominated for the Academy Award for Best Costume Design. Featuring Hollywood icons like Grace Kelly, Diana Ross, and Elizabeth Taylor, the films illuminate the importance of dress on screen and the cultural significance of dressing some of the most influential women of the time.

This screening is free for museum members and SCAD Card holders, and open to the public with the cost of museum admission.