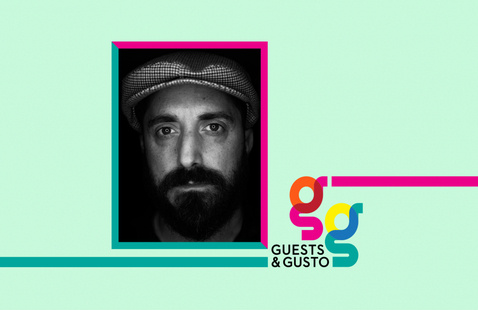 After a dynamic premiere at the Venice Film Festival, Academy Award-winning director Pablo Larraín’s new film Spencer has become one of this season’s leading award contenders. In the film — a haunting study of Diana, Princess of Wales, as her marriage falters and the Royal fairy tale turns grim — Larraín captures her story, mixing fact with fable to feature a Diana we have only imagined.

Join Larraín as he shares his process as director and producer of award-winning films and festival favorites.

Larraín premiered his debut feature film Fuga in 2006, followed by Tony Manero in 2007, which premiered in the Directors’ Fortnight at the Cannes Film Festival in 2008. No, his fourth film, won Best Film in the Directors’ Fortnight at Cannes in 2012 and was nominated for the Academy Award for Best Foreign Language Film. At Cannes in 2016, Larraín premiered Neruda, starring Gael García Bernal, which was nominated for a Golden Globe for Best Foreign Language Film. The same year, Larraín premiered Jackie, starring Natalie Portman, at the Venice Film Festival, where it won the Golden Lion for Best Screenplay. Larraín has directed for television, including the limited Stephen King series Lisey’s Story, starring Julianne Moore, Clive Owen, and Jennifer Jason Leigh, and also produced Sebastián Lelio’s A Fantastic Woman, which won the Academy Award for Best Foreign Language Film.

This event is open to the public.

Register to tune in